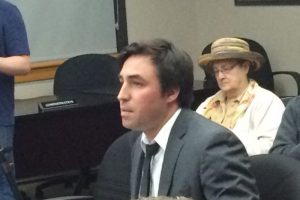 The City of Cornwall signed the Charter on Dec. 12, 2016. Alex de Wit, the Executive Director of the Social Development Council (SDC), explained the charter and how the City could pursue those values.

In his presentation, de Wit explained that the Charter is a creation of the Tamarack Institute for Communities with support from the province and the federal government.

de Wit explained that by signing the Charter, the city committed to significantly reduce poverty in its jurisdiction.

One of the commitments of the Charter is the establishment of a multi-sector leadership poverty reduction round table. de Wit pointed out that the SDC already had a prototype for a nascent poverty round table in its Poverty Working Group, but pointed out that currently there is no representation from City staff or council on that committee.

The Mayor committed to meeting with de Wit privately to discuss exactly what a round table of this nature would require from any member of council or staff who participate.

“The starting point is always the community round table and from there it goes in the general direction the community wants to go in,” explained de Wit.

de Wit said that having community partners invested in the issue would give the round table a better picture of what poverty in Cornwall looks like.

“We are missing businesses, we are missing City staff, police, get a more rounded idea of who is dealing with poverty on the day to day,” he said. “We are limited by membership and not having those key people on that that other communities have.”

Councillor Carilyne Hebert acknowledged the importance for community involvement in this project and felt that poverty was something that needed to be further discussed.

“None of Mr. de Witt’s requests are financial in nature,” she said. “We have a poverty problem and we don’t like talking about it. The least we could do is give them these resources. We have a lot of invisible poverty in our city.”

Ultimately, the Mayor agreed to meet with de Witt at a later date to explore City involvement in the SDC’s Poverty Working Group.

You Can Reach Us By: